While the Canadian housing market appears entirely immune to the negative effects of the current recession with the summer months registering record-breaking home sales and soaring prices, CMHC warns that the trend will not continue into the long run.

According to CMHC President and CEO Evan Siddall, who was interviewed by Bloomberg on Thursday, a price decline is on the horizon given the severity of the economic shocks stemming from the pandemic. Although Siddall acknowledged that the CMHC’s previous forecast of 18% price drops may be on the extreme end of the spectrum, a price decline of at least 10% is very probable given the slow pace of Canada’s economic recovery.

Siddall drew attention to the current number of Canadians still on some form of income support, as well as the number of people utilizing mortgage deferral programs. Eventually those supports will phase out, leaving many with significantly reduced incomes. Moreover, uncertainty from the pandemic continues to mount as reports of second and even third COVID-19 waves are growing across other parts of the world, which has the potential to once again push Canada’s unemployment numbers up. 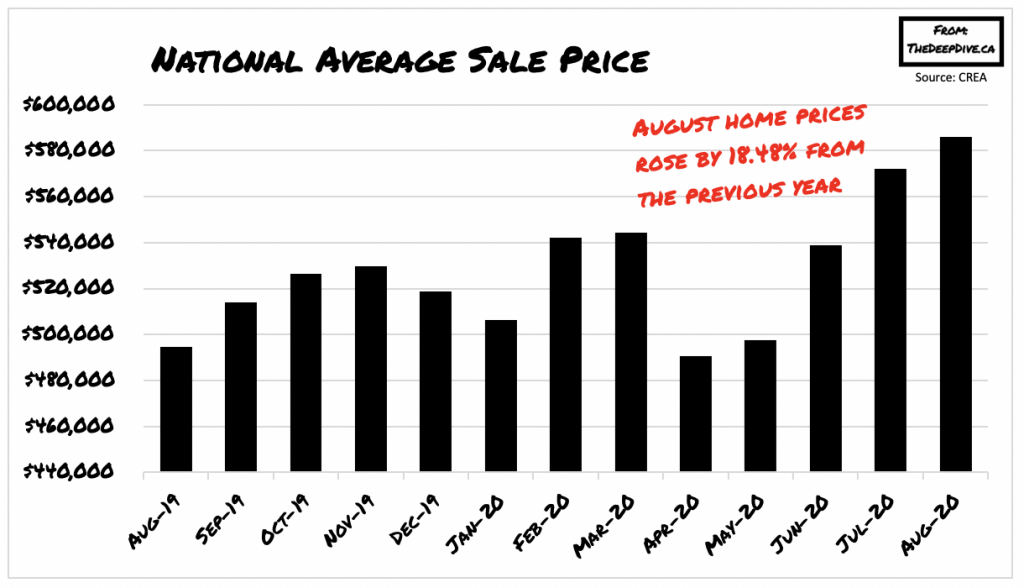 In the beginning of summer, when effects from the economic fallout were becoming more evident, the CMHC tightened mortgage requirements following its May forecast calling for a dramatic drop in home prices. Although the 18% drop in home prices has thus far been averted, it did not stop Siddall from urging private lenders to follow suit in raising loan qualifications. His call to action was met with opposition however, as several lenders including Genworth considered the comments inappropriate.

Despite the CMHC’s amplified housing market forecasts, it is not alone in its price drop predictions. Moody’s Analytics recently issued a statement regarding Canada’s real estate market, calling for a 7% price drop in 2021. The financial intelligence company considers the growing oversupply of newly-built single-family homes in the Edmonton and Calgary area as the driving force behind a forthcoming price drop. Although the statement did not elaborate on the details of its forecasts, Moody’s is anticipating a 6.5% price drop for condos, and a 6.7% drop for single-family homes.

Moody’s prediction is largely based on the record number of home sales during July and August, as historically-low mortgage rates enticed first-time home buyers into the real estate market. However, as various government supports will eventually run dry despite ongoing concerns with unemployment and consumer debt, the housing market will likely experience a decline in momentum in 2021, especially in the prairie provinces.

This website is operated by a brokerage or salesperson who is a member of The Canadian Real Estate Association.

The listing content on this website is protected by copyright and other laws, and is intended solely for the private, non-commercial use by individuals. Any other reproduction, distribution or use of the content, in whole or in part, is specifically forbidden. The prohibited uses include commercial use, "screen scraping", "database scraping", and any other activity intended to collect, store, reorganize or manipulate data on the pages produced by or displayed on this website.